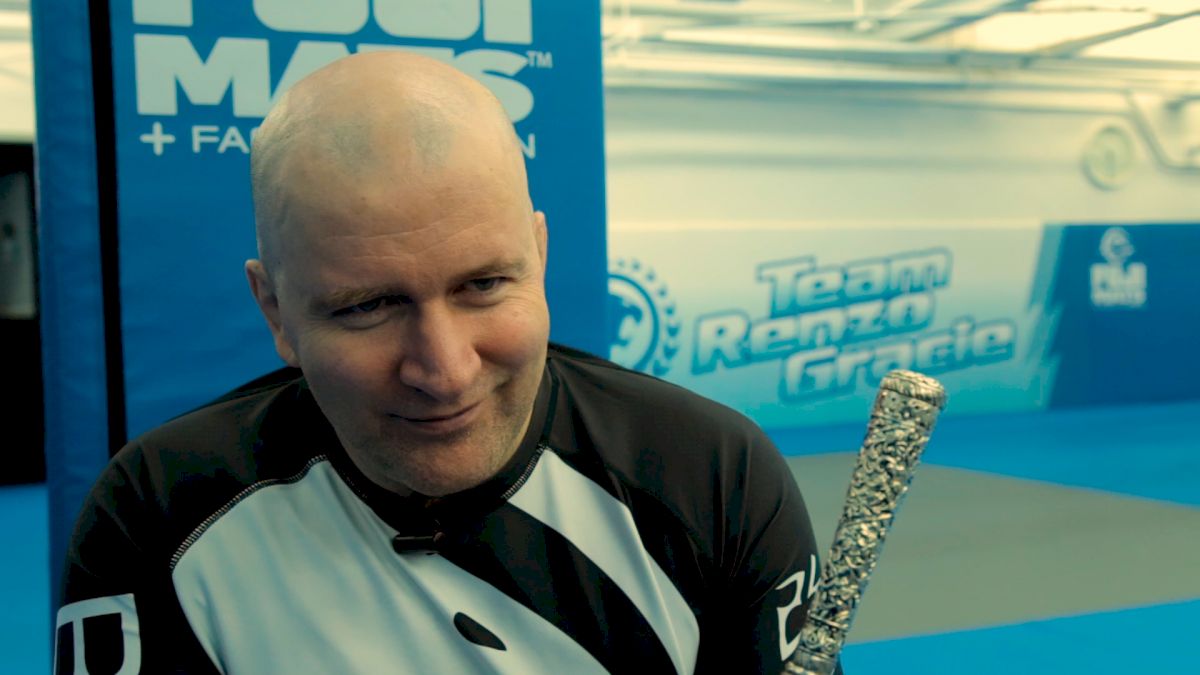 Sweeps can do more than sweep: When we go to sweep an opponent from guard position we typically do so with the goal of getting up to to top position and scoring two points. Understand however, that sweeps have TWO major functions. The first is exactly what we just described – the attempt to put an opponent down to bottom position and gain top position. The second is much less talked about. A failed sweep almost always creates SPACE and EXTENSION in our opponent. Space, because he will need to move away to break connection and lessen the power of the sweep; and extension because he will need to base his hands/feet outwards to prevent being turned over. These defensive reactions of space and extension will make it surprisingly easy to switch from the goal of REVERSING an opponent to SUBMITTING an opponent (or standing up to your feet). As the opponent bases out wide with feet and knees – leg lock entries become easy. As he bases out with hands, arm locks and triangles become surprisingly easy. Here, Georges St Pierre is getting ready to test the strong base of Gordon Ryan with a shoulder crunch variation of sumi gaeshi sweep. Mr Ryan is already starting to widen his base in anticipation – ask yourself where you would go with regards submissions in this situation.

Opening an “escape” for your opponent

Sweeps can do more than sweep

Quadrants of the body

Jiu jitsu takedowns – controlling the aftermath of the takedown

Killers on the ground – competent on the feet

Takedowns in Jiu jitsu – favor those where you face your opponent

When attacking the legs – try to control all three joints

September 8, 2020Self-Defense, Takedowns
altercation, choice, necessity, self-defense, street, takedowns
For many Jiu jitsu students the strongest motivation to learn takedowns has nothing to do with the recreational sport they … Continue ReadingLearning Takedowns
Read More
Scroll Up